Sleuthing Around with Horary Astrology: The Case of the Missing Wallet

So I arrive home at 2 AM after working an astrology gig for San Francisco ball-goers. I’ve got a ton of stuff to carry in from the car. With arms full, I wobble on my vc (very cute) new Michael Kors high heels and basically stumble after a few steps (reflecting on the deranged look that Posh Spice always has on her face – it’s the shoes, people). A book falls out of my bag and when I bend down to pick it up, another falls. I pick them up noting the Moon is balsamic, there’s literally no light for my path down the steps. I call my husband for eyesight and man servitude.

The next morning I discover my wallet is missing. We look the house over several times. We look in the car. We look at the walkway, under the carport, in the laundry room etc. At my wits end, I send a shout out to my higher self: “where is my wallet?” and it answers clearly: ask the stars.

Now I recall reading an article at the gym earlier this weekend. Jennifer Aniston had lost her dog and her then boyfriend suggested she call an intuitive-psychic, Laura Day. The psychic told her the dog would return in a day and a half or so. And it did. Like a dog digging up an old bone, this thought gets me going…

There’s a branch of astrology devoted specifically to divination: horary. I’ve played with it over the years. No basically I’ve become obsessed for periods of time and dropped it. I’ve been successful at describing the conditions of the dilemma to a “t” and even given really great advice. Yet when I do it for myself, like most astrology, it gets tricky. As astrologers we’re challenged to look at our own thing objectively – our minds carry too much information. For when it comes to other people, we tend to be much clearer. I decide to try again.

The first house ruler rules the querent (me), along with the Moon. With Capricorn rising, I am Saturn in Virgo in the 8th house which describes my state of person and mind: worried and anguished. The Moon is in Virgo too, having just passed over the dragon’s tail, the south node of loss. The dragon has eaten my wallet.

My next task is to find the house that rules wallets. The 2nd house (of possessions) rules moveable objects, and is ruled by Aquarius. Neptune sits exactly on the cusp – double whammy. That’s another descriptor that an object of mine that has disappeared. But the 4th house also holds sway over possessions (although usually a more permanent kind – like real estate) and in this chart is ruled by Taurus. In a case of multiple house confusion, John Frawley advises to judge the ruler of the house for fit. With Taurus here I think it’s obvious – Taurus, money. With that agreement, I decide the house of the quesited (that which is questioned after) is the 4th.

Venus rules the 4th, she’s in Leo in the 8th. She’s just left the cadent houses, so there’s a chance she’s not in the house, proper. She could be just outside the house. She is the wallet (Venus), she is wealthy (Leo) -(I had more cash in this wallet than I ever carry on me) but she’s in the mysterious Eighth House. Here’s where I make my first error in judgment: I immediately think, duh – I already know it’s hidden, probably in a place I’ll never find, thanks for the help, astrology. I imagine the worst, as I am represented by worry wort Saturn in Virgo.

However, I still have an inkling of hope. Venus will very soon enter Virgo and make contact with Saturn (me) – actually in about 4 minutes. Does that mean I’ll find it in 4 hours, days, months? I’m not sure about the timing, but if I’m reading this right, it clearly shows the wallet and I shall meet again.

I’m still flummoxed though. It’s not in the house and I’ve searched the grounds. I had it on my way home (I paid the parking attendant when leaving the city) so probably lost it on my way into the house, on the street, someone took it. I look for indication of theft – the 7th house would represent a thief and the ruler is the Moon in Virgo, in the eighth, having passed the South Node and Saturn. Frawley says to only consider theft if the thief and missing object are connected. However, I can’t help but note that Venus (the wallet) had changed signs from Leo to Virgo overnight, moving into my (Saturn) sign (Virgo). If someone does have the wallet, it’s someone who likes me. The thief and my self are in the same sign, indicating agreement.

Pondering it all in the middle of a sleepless night I dig around in the recycling bin. Well, why not — it’s in the Eighth House? You’ve got to weed through a lot of house descriptors when you’re doing a horary (a book like Rex Bill’s Rulerships Book, helps). We’ve got recycling, dirt, trash bin, buried underground etc… Frawley also says Eighth House rules bathrooms and that the significator is in a fire sign might mean its some place hot. I find a bag set aside for the Salvation Army in the bathroom, next to the vent. Good fit, but nada. 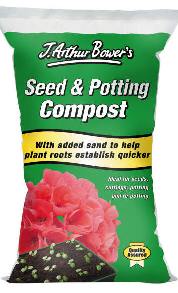 He also tells me that in the case of missing objects, the Moon signifies the missing object more than me, the querent. The Moon is applying a sextile to Mercury. A sextile shows friendly effort which makes me think that quite possibly a mercurial event or person will assist  in getting the wallet back. I note that Gemini is on the 6th house cusp of workers/servants.

Here’s what happened: I wake up this morning with what I believed was a wishful thought, that my husband will bring me the wallet. I hear him outside talking to the hired help we have working on our yard. He comes in, looks at me with a smile and hands me the wallet. Our guy, Primo, had driven by early Sunday morning found the wallet on the street and set it on top of a bag of compost next to our front door. I’m dumbfounded. Everything played out as such:

-The wallet changed signs overnight, moving from Leo to Virgo – from me, the master, to Primo, the worker.
-The wallet (also signified by Moon) was returned to me by the worker–Mercury applying sextile to Moon when he placed it on top of the compost.