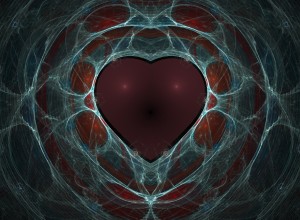 Thoughtless, heartless, unkind, cruel…these were some of the words used by the author of the blog, Algorithmic Cruelty, and in the reader comments, to describe what it felt like to have his Facebook “Year in Review” feature a picture of his dead 8- year-old daughter with the caption “It’s been a great year…” Immediately, the blog went viral, commenters and author alike accusing the code writers of insensitivity and prompting a public apology from the Product Manager at Facebook. Clearly it had not been a great year for Eric Meyer, incidentally a web designer himself.

But computers do not have feelings. People do. And so a few days later, he apologized saying, “Yes, their design failed to handle situations like mine, but they’re hardly alone.  This happens all the time, all over the web, in every imaginable context.” He went on to say more about the backlash: “What surprised and dismayed me were the…let’s call them uncharitable assumptions made about the people who worked on Year in Review.  What do you expect from a bunch of privileged early-20s hipster Silicon Valley brogrammers who’ve never known pain or even want?” seemed to be the general tenor of those responses. No. Just no…”

What Pluto Rising Astrology said seems apt here: “The Uranus-Pluto square can rage against the machine, but it is also the machine.” The Uranus-Pluto square, an aspect of crisis, continues to remind us that we are organisms on a ball of dust twirling around a dark sea and now as it aspects the Cancer Full Moon, it’s penetrating into our vulnerability: every unkind slight, ding, bump and dent happening in our hearts. Like a modern day Grimm’s Fairy tale where computer algorithms really can turn into monsters, for Cancer, the monsters and fears of childhood never really go away. We may find our fears and vulnerabilities explosively close to the surface. Yet we don’t have to let them control us. Always, the real issue behind any grievance or perceived violation is our vulnerability- the tender, aching, grieving human heart. It was for Eric Meyer, who eventually recognized this.

Cancer is the nurturing instinct inside each of us. Cancer holds a supportive, compassionate space for our most tender vulnerabilities –and the instinctual ferocity of a mama or papa bear when those instincts are violated. I recall a story a girlfriend told me about driving her car while pregnant down the narrow, hilly road of her neighbourhood. A driver cut her off, and my introverted sweet natured friend (who would never hurt a fly) roared like a lion protecting her unborn cub, shocking the other driver, but moreso herself, the explosive energy rising unbidden.

Cancer Full Moon checks in, asking: How is your heart doing? Our desire to protect, nurture and sustain life is a feminine form of intelligence, and at this Full Moon our sharp, protective feelings may surprise even us. Uranus square this Moon can show us where we, and others, are suffering from emotional disconnection, where we may be kicking the computer instead of tending to our heart. With Uranus in Aries, near the South Node and square this Full Moon, we are primed for a breakthrough in our emotional patterns and conditioning. We can no longer afford to play victim: we are being asked to spiritually mature beyond old emotionally conditioned reactions and actions. With Pluto conjunct the Sun, our personal power is ready to be reclaimed and reimagined in a way that is individual and includes all the processes of life, love, loss and everything in between (the full catastrophe) as natural and true. Positively, breakdowns can lead to breakthroughs and a more authentic way of being. Mama bear and mountain lion energy can be good for mobilizing change. But a tired, sad, neglected, wounded heart can let loose the ugliest, and most destructive, demons of all.

It’s a New Year. We’re all in this petri dish called the human experiment, together and the cosmic bunson burner has been lit. The world may soon be run by computers but take heart: The most Googled question of 2014 was “What is love?” We’re trying. To honor your heart’s questions with a worthy answer, spend some time with it – preferably in a cozy, safe place where you feel liberated to honestly face the truth of your emotional experience. What’s important is that you make the space to connect with it. In 2015, let’s look for the beauty, love and truth in life – because nothing makes the heart happier than the truth. And to heal it we must feel it.