The Mechanics of Trauma & Healing Through Uranus-Pluto

Have you ever experienced trauma? If you’ve ever felt: 1) powerless, 2) alone 3) threatened and 4) surprised by the unexpected, you have. Physiologically, when trauma occurs, our body goes into a state of emergency and the “freeze response” gets activated (if we can fight or flight, generally we have a sense of power).  This freeze response must then be either discharged or repressed.

Animals “shake off” their traumas. Maybe you’ve seen geese get in a territorial fight over their mate, then flap their wings and swim off as if nothing happened. Or perhaps you’ve seen the video of the polar bear shaking off the trauma of being stunned and captured (to read more about this, Peter Levine wrote a book called Taming the Tiger, exploring the question “why do humans have stress related illness while animals do not?”). While animals utilise this shaking mechanism to discharge trauma, humans don’t. We need to find ways of moving/processing the energy out. Otherwise, we will carry it in our energy body, and down the road it can show up as illness, limiting beliefs about who we are and what we think we can and cannot do, and emotional symptoms such as anxiety, depression.

It’s not surprising that many of our traumas get repressed; we dissociate from

them because they’re too painful. Trauma expert Dr. Richard Scaer (yes, that’s his real name) says all the events surrounding a memory of trauma are stored as an energy capsule in our energy body. If the traumatic event was a car accident, we might store external details like the weather, the sound of the sirens, the color of the car next to us, the song playing on the radio, the smell of leaking gasoline etc. We will also store internal details, like how we felt, and the belief about life and our self that we formed as a result of this experience.

As we age, our trauma capsules start to leak and become re-activated by everyday interactions and events (it takes energy to store trauma, and we have less energy as we age). In the traumatic car accident example, one day twenty-years later we may become overwhelmed with anxiety and fear while pumping gas on a rainy day (the smell of the gas and the weather being triggers for the accident). As another example,  let’s say we grew up in a household of “yellers” and every time we fight with our partner we become extremely agitated, afraid, insecure and unable to think clearly. Even though we don’t consciously remember it, all the times our parent yelled is being triggered. We’re being held captive by an earlier, younger self.

Here’s another analogy.  Your computer runs “programs” in the background all the time. If you’re running big or multiple programs, it’s an energetic drag on the entire system; your computer works exceptionally slow, and sometimes your entire system crashes. The same happens for us. Most of us have negative core belief programs installed on our hard drive.  Our negative core beliefs are programs that take energy to manage and so compromise the rest of our life energy. As we age, just like an old computer, we become less effective at dealing with energy-consuming programs. When this happens, things that used to be okay, that we could once overlook, start to really stress us out. We experience mental or physical health issues, or have a hard time bouncing back from life- stressors that other people seem to be able to take in stride. Our systems are compromised.

When I’m caught in a “complex” of trauma feelings, I feel as if I’m being taken over, or possessed, by an over-emotional swampy entity whose feelings are totally disproportionate to the reality of the situation. And I am! I am being taken over by a former self, and all of her experiences and beliefs. The good news is: None of us have to keep re-enacting and re-playing old traumas. Emotional Freedom Technique and Matrix Reimprinting offer extremely gentle ways of uncovering and discharging the energy holding them in place (read more about EFT/Matrix here).

Although this is essentially a wellness post, I want to write a little about my experience from an astrological point of view. When I found myself having my second EFT session (my first was 7 years before), transiting Uranus in Aries was attempting to hit the emotional reset button by conjoining my Aries Moon, located on my seventh house cusp, ruling my tenth house. T. Jupiter in Leo also was making a trine. I was tired of the same old crippling public speaking phobia; I wanted freedom (says Jupiter and Uranus!). And I had become so hyper-vigilant to anything stressful, I was overworking my adrenals, the glands that pump out adrenaline (Aries= adrenals).

I experienced freedom using EFT/Matrix Reimprinting for public speaking fears. But the story had only begun. Pluto in Capricorn had begun squaring my Moon and trauma capsules started exploding all over the place, in seemingly normal, everyday interactions. Receiving unkind emails or mild criticism, for instance, wrecked my entire day.  My emotional life became so incredibly demanding and intense that I could barely make it till lunchtime without being triggered. With MR especially, I was able to “go back in time” and see that the true origins of my emotional responses were rooted in unhealed baggage and negative beliefs I’d been carrying around.

It was a bumpy, up and down, process. My impatient Aries Moon didn’t want to “waste time” tapping (too busy, too much to do, it won’t work! she’d say to me). She was angry, annoyed and resistant to it all, which aggravated my fibromyalgia. But I truly had no choice. My strong emotions were disabling me from doing anything else, and by directly facing the anger and impatience around my bodily needs and emotions, I was able to make a link between fibromyalgia pain to the anger and resistance itself. In my Matrix journeying sessions I kept running into a persistent core belief: “no one cares what I want or feel” and likewise, anger.  I had spent a lifetime unconsciously assuming my wants, needs and emotions wouldn’t be honored and now I was repeating this pattern within myself, by getting aggravated by and pushing away my emotional and physical needs. Can you imagine all the ways I kept reinforcing my own misery, and invisibility, by running this belief? Ugh.

Pluto transits bring us to our knees and force us to deal with what we most resist facing. I joke that EFT/MR opened Pandora’s box for me, though in reality it was truly Pluto’s doing, and EFT/MR gave me the tools to process what was happening. With MR, I journeyed back in time and visited places in my history where my younger self was suffering and gave her new beliefs and resources. By persistently working on myself, I eventually stopped being triggered 24/7, and when I was, I recognized the issue more quickly (oh, this is related to a core issue for me!). Then, I’d go back into the Matrix and identify the situation where I was still in hurt and misunderstanding. 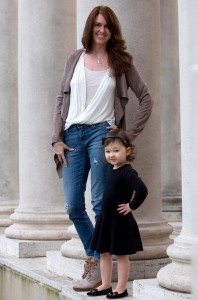 At this point I want to say something about the mind-body connection. I do not chalk up my fibromyalgia syndrome to “stuffed anger” any more than I do to living on a toxic planet. I think it’s dangerously disempowering to play blame the victim by suggesting illness is self-created. Would you open up your Louise Hay book and tell someone who has a broken leg that they must have issues with moving forward in life? Just no. That would be unkind. However, we all have a personal responsibility i.e., an invitation “to respond to the best of our ability” to our life problems, and due to the time I’ve invested in EFT/MR, I’ve learned to manage pain… and that feels borderline miraculous. Previously, when I experienced a fibro flare-up, I’d spiral into a dark place, feeling unable to influence my pain levels. Now, I tap. My sense of power and control over my pain levels and well-being has radically changed.

When Uranus-Pluto started transiting my Moon, an astute astrologer friend asked me a great question: “What’s the best possible outcome you could hope for from this transit?” I answered something along the lines of feeling empowered and “take on the world” confident (I imagined my self in full warrior gear, feeling victorious — ha, Moon in Aries!) In very concrete ways, transiting Uranus in Aries and Pluto in Capricorn have been pressuring all of us to heal and evolve past our old limits and programming. For me, as Pluto continues its transit, I’ll undoubtedly discover more work to be done. But now I have the tools. And that makes all the difference.

Several times during this Aquarius Full Moon past weekend I found myself standing under cold water. First, in response to listening to someone recall being in a lightning storm and empathically picking up on it; suddenly I felt electricity run through my body and it... 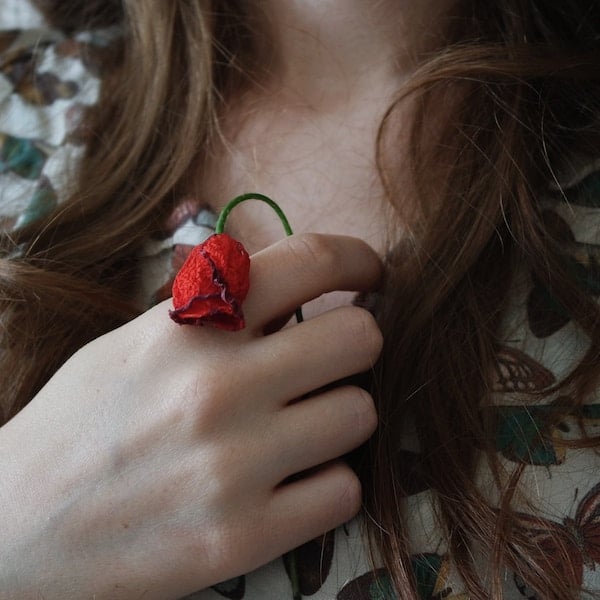 How Do I Love Me? Let Me Count The Ways…

Self-love. It’s the foundation of everything good in our lives. We know we need self-love be fulfilled in our self, and in our intimate relationships. But what is self-love, precisely, and how do we generate more of it? In popular culture self-love has become... 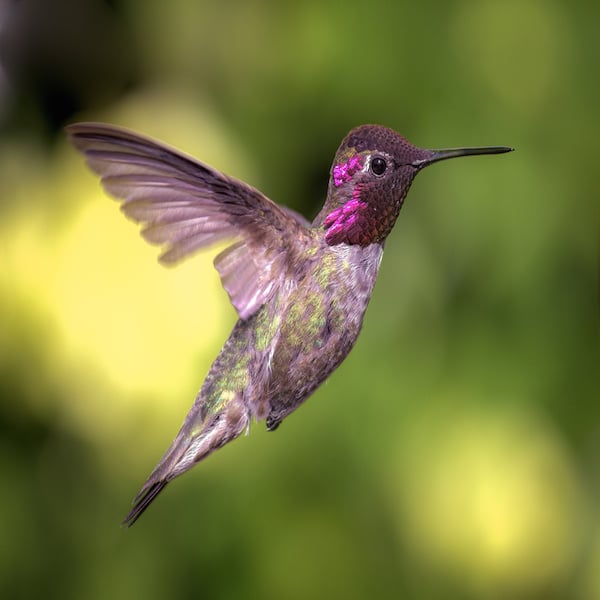 This is a simple way to shift stuck energy. I've used this method of working with relationship energy, spiritually, for years, and been amazed not only at the difference I've felt afterwards, but how others' respond as if they were healed, too. Often we don't need to... 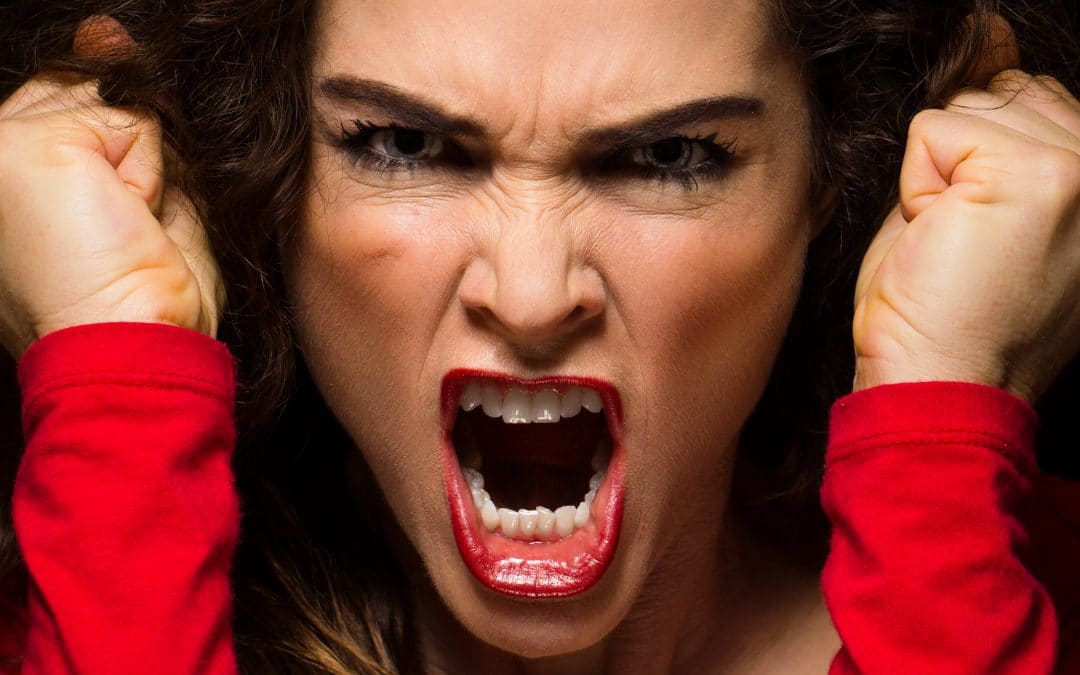 This week, warrior planet, Mars in Aries, squares Pluto in Capricorn (2/22), then conjoins Uranus (2/26). As the red planet heats up our world, it's time to become more conscious about our personal Mars. I read this post by astrologer Michael Lutin about the upcoming...