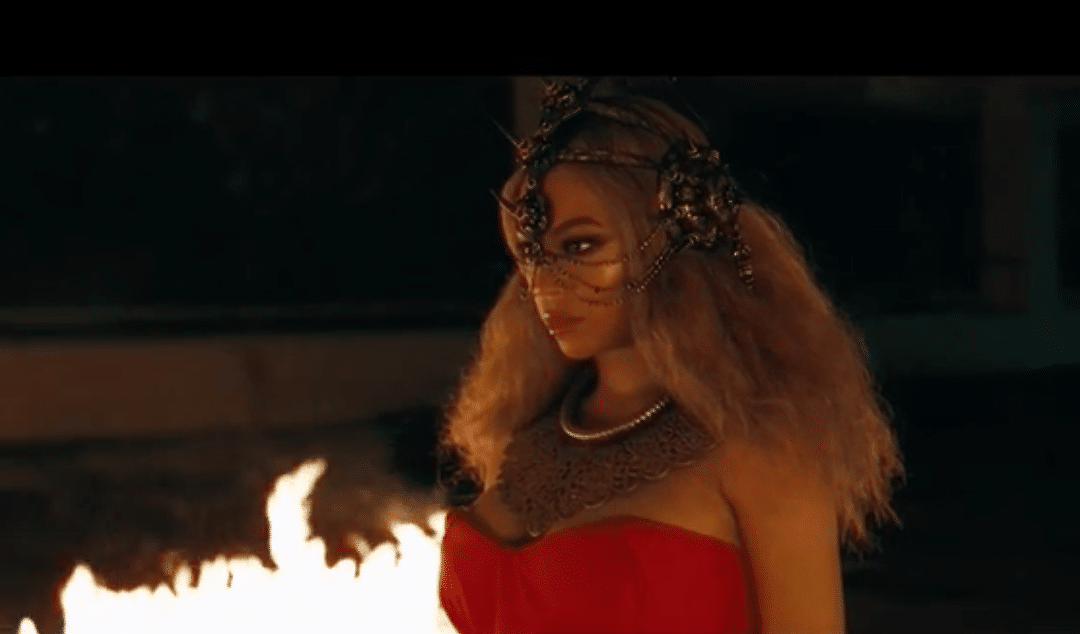 Last night I was working on creating and destroying energy in my feminine meditation class. Beyonce’s Lemonade kept entering my mind. Specifically this image: 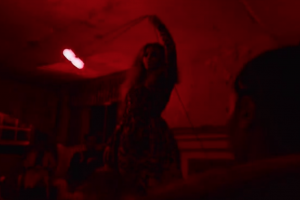 A point my teacher made was we often use our feminine energy to create, create, create (often to the point of obsession for us creative types) but neglect to honor the need for destruction. I thought of my twelfth house Pluto in Libra and the idea that Cosmos holds us accountable to the principle of balance, regardless of our desires. I also thought of Venus, naturally. Venus is the bright life giver; she is loving Mother Earth energy. Yet the Earth Goddess archetype that so generously gives can also take life away when enraged (not often discussed in the context of an astrological session, when we speak of Venus!). Through Beyonce, the whole Venus has arrived.

If you haven’t watched Lemonade you’re missing out on a fiercely beautiful, feminine, piece of ritual art that can best be summed up in one word: Archetypal. Beyonce is Innana, the Sumerian Goddess of sexual love and warfare, embodied. She is Venus, with teeth. There are many interpretations of Innana’s myth involving the journey to wholeness through the alchemy of betrayal, loss, redemption. There is a process, a descent through the seven gates of hell. In the story, at each gate Innana is asked to give up another attachment (her: jewels and clothing, magic girdle, worldly position, role as a woman, sexual power) so by the time she’s reached the last gate she is naked, stripped of her identity. You can take nothing with you into the underworld. She then receives the integration of meeting her “dark sister”, symbolically, the part of our self who feels: undeserving of love, is enraged, bitter, angry, victimized, lonely. Innana is loved and desirable, but through her dark sister, she meets her opposite. Then Innana is left there to die, and that’s when her journey to resurrection begins. What ultimately revives Innana? Her dark sister must let go of her personal anguish, grief and despair, she must give Innana back to the world. She must forgive. Plutonian, right? No surprise here: Beyonce has Venus-Pluto conjunct in Libra.

This piece is similarly process-oriented. In Lemonade, there are eleven phases, and each phase has its own song and emotional themes: “Intuition,” “Denial,” “Anger,” “Apathy,” “Emptiness,” “Accountability,” “Reformation,” “Forgiveness,” “Resurrection,” “Hope,” and “Redemption.” Some have likened these sections to the Kubler-Ross five stages of grieving, but this artwork screams of Innana’s journey. Similarly, at each gate Beyonce is forced to wrestle with her own denial, illusions of love, rage, etc. Beyonce’s desirability is deemed impotent by the betrayal of the man she loves most. She is reduced to the enraged, ugly, dark sister, (Erishkegal) who was denied love and companionship… though she’s not diminished by this. She embraces her dark sister, and that’s when the journey to healing begins.

The imagery and lyrics of Lemonade are full on female: menstrual blood in a womb-like tunnel, voiceovers about the Moon’s influence mix with orgasms, ghost brides, voodoo, empty sexual longing, what it means to be an African- American woman and childhood reflections about her mother’s and grandomother’s marital relationships, and how she now sees herself in their story, too. We are led from denial to recognition to rage to healing. The journey is thorough; she doesn’t leave us stuck in the injustice of betrayal, feeling like a victim. No, this transformation is total, which is what makes it so deeply process-oriented, feminine and healing. 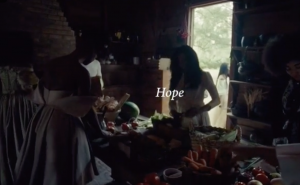 Lemonade is self-described as “a conceptual project based on every woman’s journey of self-knowledge and healing.” This is a feminine journey into the underworld. We’ve all been there, before. But the beauty of Lemonade is we can use this artistic journey to heal our selves. Once upon a time, the role of dramatic performance, and the performer, wasn’t merely to entertain but to help us process our feelings and experiences, to take us on a journey into our selves and return cleansed, redeemed, reborn as truer, more integrated and whole. The word catharsis, derived from two root words meaning “cleanse” and “pure”, was popularised by the advent of Greek theater, which allowed the audience members to cathart –to release emotions through drama. Lemonade does this. It brings us to our knees, cleanses the wound, then gives us back to life. We are reborn -with the help of the Goddess.

There are so many Goddess motifs in Beyonce/Lemonade it’s stunning. Astrologer Dana Gerhardt and I were email chatting about Lemonade, and Dana noted that Beyonce often appears in the media at fiery Brigid holidays like Candelmas/Imbolc, bringing fire, literally (as she did at her superbowl performance). Whether familiar with the myths and archetypes, or not, genius artists are often channels for the collective, bringing the mythic down to Earth.

Use this wonderful piece of Greek theater for your own process — but don’t make the mistake of thinking Lemonade is just about extramarital betrayal. It’s about loss, loss of illusion, how we use female power, how we heal from our shattered disappointments…or whatever you see into it, because this kind of art gives each person something different. It’s initiated an inner dialogue about my own creatrix/destroyer energy. As Dana wrote, in one of our exchanges, “It’s really about the relationship with yourself—or yourself with the world—and as it goes in the myth, we need the goddess to get resurrected!”

Finally, this dialogue with feminine energies is relevant now as Venus in Gemini makes a superior conjunction to the Sun June 6. She disappeared from sky view in May, into the underworld, and will return to hang in the night sky once again on July 14, in Leo, radiant and reborn. Gemini is the sign of synthesizing opposites, so integrating any inner contradictions surrounding our values, self-worth, pleasures and connections makes sense at this time. This Goddess, Venus, supports all healing journeys undertaken on our path to wholeness.

Venus may go invisible… but the Goddess walks among us. All hail, Beyonce!